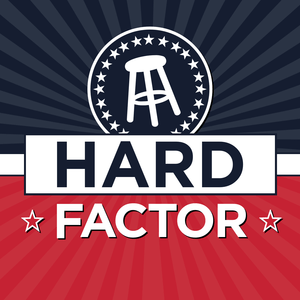 A quick 10ish minute news-suppository for people who think cable anchors don't scream at each other enough. Designed to give you just enough information to make you sound knowledgeable at the water cooler, but not knowledgeable enough to put you on a government no-fly list.

Listen to Hard Factor, RNZ National and Many Other Stations from Around the World with the radio.net App