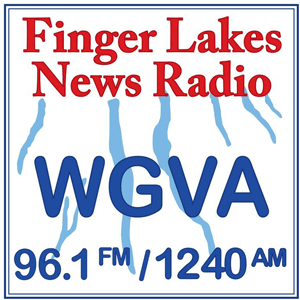 WGVA 1240 AM is a radio station based out of Geneva, New York, providing listeners with a dynamic blend of news and talk shows, as well as sports coverage. Known as "WGVA 1240 AM", the station appeals to a wide range of listeners who crave for the latest updates on local and national news, opinions, and sports. The station's programming includes live play-by-play coverage of the local teams such as Finger Lakes Lakers, as well as extensive coverage of other local teams. They also feature national sports talk shows, providing fans with expert analysis and commentary on the biggest games and storylines from around the league. Tune in to WGVA 1240 AM for the best in news and talk shows, as well as sports coverage. Whether you're getting ready for the big game or just need to stay informed, WGVA 1240 AM has something for everyone. With a mix of news, talk shows, and sports updates, analysis, and commentary, WGVA 1240 AM is the ultimate destination for news and sports fans in Geneva, New York and the surrounding areas.

Listen to WGVA - Finger Lakes News Network, WORL - The Answer 660 AM and Many Other Stations from Around the World with the radio.net App