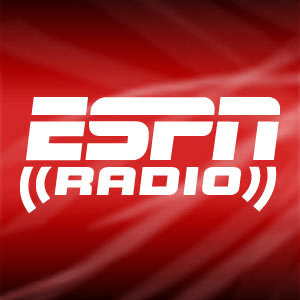 ESPN is a sports radio network owned by Disney, and based in the city of Bristol, Conneticut, USA. It’s main channel, launched in 1992, is broadcast all over the USA, but it has many sister stations that broadcast from major US cities including New York and Los Angeles. The station covers mostly US sports leagues, including Baseball, Soccer, Basketball, and American Football, along with UEFA Champions League soccer games, and consistently reaches 20 million listeners per week over its various affiliate stations.

Listen to ESPN Radio, WFAN 66 AM - 101.9 FM and Many Other Stations from Around the World with the radio.net App